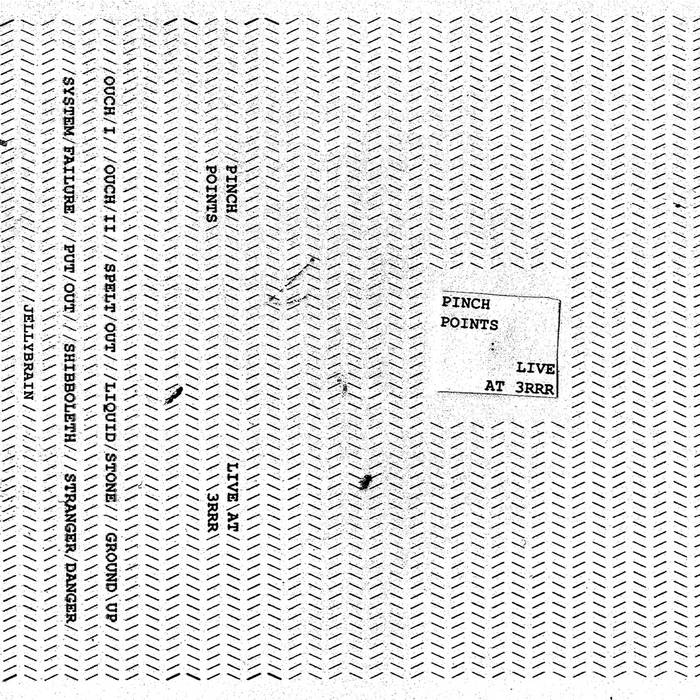 ericdmccabe Such a great live band

Two days after wrapping up their tour with Tropical Fuck Storm, PINCH POINTS stepped onto the stage during RRR’s Dropout Boogie with Zara to play a 30-minute live-to-air set of blisteringly clean yet gnarled post-punk expeditions. The room was full of a mixture of friends, fans, and a big cohort of community broadcasters who had come to RRR for an unofficial CBAA conference afterparty.

PINCH POINTS writes, rehearses, performs and records its music primarily in Narrm (so-called 'melbourne') on the lands of the Wurundjeri People of the Kulin Nation. Indigenous sovereignty has never been ceded to the current 'australian' state, which will remain an occupying force and illegitimate state until is sovereignty is acknowledged and treaties signed

Bandcamp Daily  your guide to the world of Bandcamp

Featuring Gary Bartz, 5 years of Rhythm Section Intl and an LP of the week by Nicolas Jaar